Showing posts from 2012
Show all

We are going to be reviewing the Amped Wireless AP20000G Wireless access point. Here's a preview of our findings so far. A more comprehensive review will be posted later as we test more. 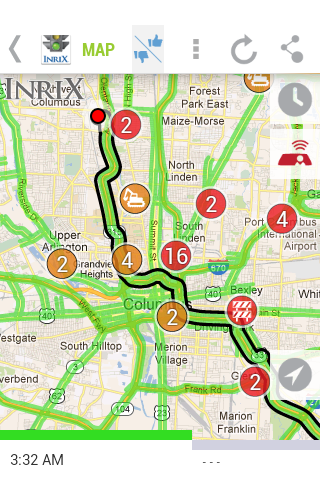 The free app gives you access to the largest traffic network in the world, making your Android smartphone a personal traffic reporter that helps you avoid gridlock with up-to-the-minute traffic conditions or a forecast for major roadways.


They just released an overhaul to thier android app!

Here’s what you can do with the improved INRIX Traffic app for Android:
Know the fastest route: INRIX Traffic can provide you with up-to-the-minute traffic maps for 1 million miles of highways, interstates and city streets nationwide.
Determine the best time to leave and travel times using the predictive traffic feature: The app can help you get where you need to go faster by showing how traffic conditions and travel times are expected to change during your drive, based on historical data as well as local weather and events.
Share INRIX arrival times:  Is someone waiting for you at the end of you…
Post a Comment
Read more 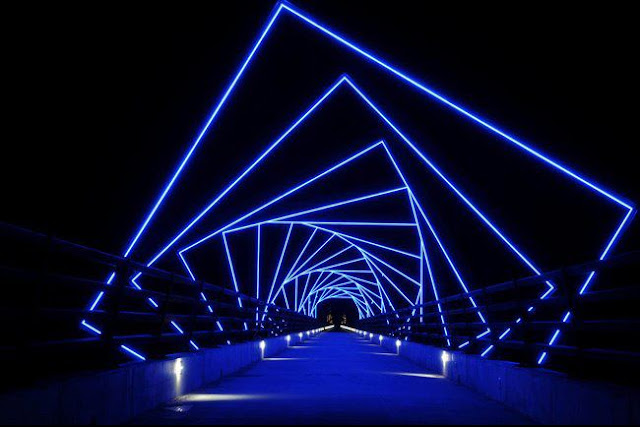 Stardock Fences has a new version.... but no longer free...

Fences is what I use to organize my dekstop icons... it's a very useful program and it's free....

UPDATE!!! MEDIAFIRE HAS DELETED THE FILE FROM THE SERVER! PLEASE CLICK HERE FOR THE NEW DOWNLOAD URL!

anyone that has it better back up the old version .exe files.

what the hell??? they just shot themselves in the foot. this was a 'gateway drug' becuase people get hooked on stardock stuff that way.... throw a few useful free stuff to the users... they fall in love with it... then they are more likely to buy your other stuff.... now they take that away.... now they won't have that effect anymore.

October 05, 2012
mariah carey wastes her voice on R&B crap when she clearly doesn't fit that style in her vibe or her voice... it's like Charlotte Church wasting her operatic voice that would be perfect for trance on crappy folk-pop trash. "Brave new world" from Jurgen featuring her is amazing and she should have gone down that path and she would be right up there with Emma Hewitt or Kirsty Hawkshaw and been more famous and would have had excellent industry staying power.... folk-pop has the lowest staying power since you need to tie yourself up in imagery, lyrics, and lots of fan demands and stuff like that.... and be able to have a complete rebirth on every album as well as have commercial overhaul, expense, and heavy marketing... fans will hate you for re-using any of it so it has to be fresh, and be more quirky and more deep then the last album...

true EDM artists (not shit like gaga, skirllex,etc) don't need that to be successful. Hell some of them have no imagery.... n…
Post a Comment
Read more 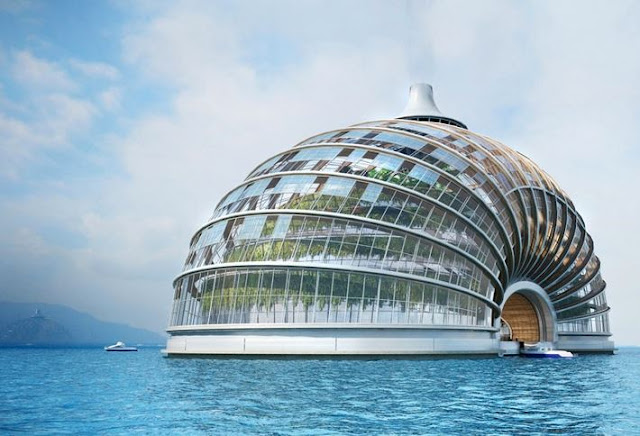 THE ARK is a hotel by Russian design firm Remistudio and is meant to be self-sufficient. The transparent foil roof would allow light to reach plants inside, and the waste produced in the building would be converted into fuel. The cupola is meant to be energy-efficient, and its shell basement with cables and arches is designed to distribute weight evenly to make it earthquake- and flood-resistant.
Post a Comment
Read more 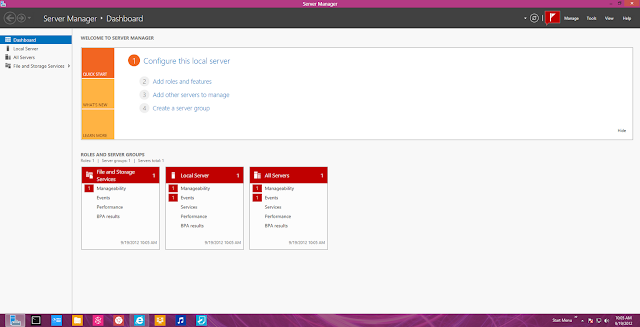 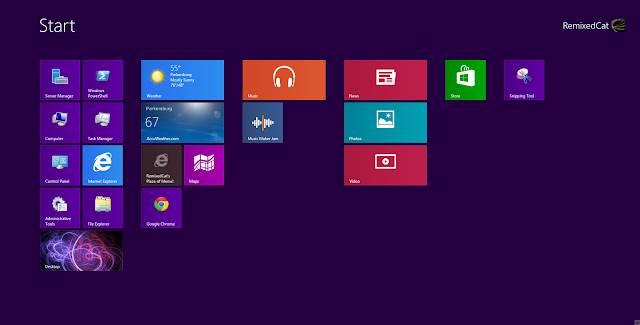 I finally got access to test Server 2012 and I am mixed on it. However I used to not like metro so much but it's kinda growing on me.... However, I wish that MS let us have backgrounds on the Server 2012 start screen it kinda feels nekkid... LOL...

The server manager Interface is kinda neat, but the red makes it like you go POUND THE ALARM!!! or something.... LOL

And... here's the new task manager... pretty neat and I like the "heat maps"

The UI isn't that bad looking actually....
I just wish you can change fonts.... :-(
I will be writing more about this soon. 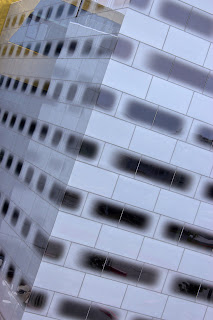 This is a very cool building!!! it looks ghostly and pretty..... this would look so nice on a rainy or snowy day....

This is the place: Clarion Hotel & Congress Trondheim
credit goes to the following: http://ltiana355.deviantart.com/
Post a Comment
Read more 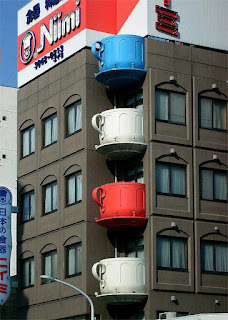 These are so cool! I would do that with my balcony too! These are some previews:

August 29, 2012
Future Trance is the most hyped up EDM compilation series yet, and I have a quick review for you!

First of all I will tell you a backgrounder on it. It's been going on since 1997, yes, that long, and started out as an underground trance compilation. The songs were very different then what appears on any EDM compilations today.

Now throught the years it started to get more and more mainstream, as it started to include styles like Hands-Up, House, and some electro. It did a good mix until about volume 49, and then from there started to get more and more house tracks. Fans on euroadrenaline.com were pretty furious about the new direction the series was trekking and had several forum posts about that and just about every volume a certain user by the name of trackhacker would tear the series to shreds.

Now this volume pretty much changed a lot and seemed to go back to it's roots.... sort of.... I'd say it's back around the late 30s vols and early 40s vols feel and that was …
Post a Comment
Read more

Intro: wait time was longer then the last couple visits to the Vienna, WV location. The place seems to be a lot more busy after the Reply Guy thing. LOL. Reply guy is awesome!!! Anyways, it was about 10 minutes which is not too bad. Stuff moved along fast. Greeted nicely and attended to not as fast as the Vienna location, however still decent.

Order 1 and 2 (2 for 20 with Boneless wings and Chicken Penne for both of us) We both liked it. Adam (my husband) liked his better then the Blackened Rosemary chicken. I liked mine a lot too, however it could use a little more cheese! The boneless wings were good too, however the sweet and sour ones were way too spicy. So I tried Adam's honey BBQ ones and I normally hate hate hate BBQ anything..... well Applebee's really got something right if I really really liked mine! Extra points for that one! ;-)

Intro: seated and taken care of very promptly by a very friendly waitress. We got seating by the bar area. Got our drinks very fast as well.

Order 1 (mine): Lemon Shrimp Fettucinni. $11. it was very good and very filling I only was able to eat a third of it and it was very good. Full taste. Very easy to eat and the shrimp was big. Way bigger then olive garden. The alfredo sauce was very good and not like bob evan's sauce that tasted like the smell of elmer's school glue.

Order 2 (husband's): some kinda pasta and he loved it.

Service: Very prompt! We got our food within 10 minutes and it was good. She was very nice, laid back and very attentive.

July 31, 2012
Bob Evans review SS parkersburg WV 7.30.12
Intro: took a bit to get seated, but greeted nice and our waiter was nice and casual and cool. Got drinks right away and set up much faster then the Lewisburg,WV location. Wifi worked better as well and was pretty fast.
Order 1 (mine): Salmon of some kind, approx $10. Very good and filling. Had great consistancy and very full taste. Came with a baked potato that also tasted much better then the lewisburg location. I'm pretty full from eating it and it was actually listed as a low-cal option so that makes it even better.
Order 2 (husband's): 3 cheese burger approx $7. it was good. Not much to report.
Service: Much better then the lewisburg, WV location. Very attentive and pretty friendly. Laid back and casual waiter and he was pretty smooth at operations. Not afraid and distant like the lewisburg waitress michelle was. Kept up my coffee very good. Cleared plates fast as well. His other tables seemed to be doing allright as well…
Post a Comment
Read more

intro:greeted coldly watiress was slow to get our drinks and get us set up. wifi wasn't working.


order 1: (mine): chicken alfredo. it tasted like the smell of that Elmer's white school glue! it was gross. got a change to a "portabella" steak that ended up making me sick a couple hours later and I threw up the meal when I got home. (as we ate here on the return tripe from Virginia Beach and I live in Parkersburg,WV) food rating 1/5


service:Michelle was the shift leader as presented on her nametag... she WAS NOT SHIFT LEADER MATERIAL. She was very apathetic and inattentive, she let our plates pile up and the same with other table she was assigned to. She acted afraid to take our menus and looked unconfident in herself. She also was very slow with refills, she did not sem to know the menus well, and her attitude wasn't very welcoming. We did get the order switched fine, however the resolution wasn't satisfactory, as I s…
Post a Comment
Read more

Please note this is going to be a quick review, as my other cheddar's reviews generally cover this place well. Please check those out! ;-)

intro: long wait but worth it, this location has a different layout and system, it does not use the coasters that vibrate and blink, they call your name and party size on the intercom.

order 1 (mine) chicken alfredo: was very good. made enough for me to have 2 meals so I had some for later for the hotel.

service: Very engaging and freindly waitress and she was very prompt  and attentive as well.... extremely enthusiastic and you can tell she loved to work there.... I think her name was sherice.

intro: greeted wierdly, wasn't seated promptly and there were plenty of empty tables, our table wasn't even cleaned off very good, took a very long time just to get drinks! wifi was there but it was filtered and blocked a couple tech news forums I visit that aren't malicious or that bad. took 12 minutes to connect as well

order 1: mine: it was some kinda tilapia and it tasted good, it came with cheesy taters and they weren't all that great. food rating 3.7/5
order 2: sis: burger without bun (gluten intolerance) it tasted good to her but not the best it could have been. food rating 4.5 /5

service: very slow and disorganized, everyone there was, nobody was taking care of the diners and a mom next to use got restless and her kids were crying becuase they were hungry and thirsty and she took 20 minutes to get thier drinks and the kids were screaming loudly. I felt sorry for them becuase I was equally as frustrated at th…
Post a Comment
Read more
More posts