Showing posts from May, 2011
Show all

last post of may--->fanboism and how destructive it is

May 31, 2011
This was in response to this: Apples sues teenager who sold White iPhone Conversion kit I dislike apple becuase of thier closed off environment, thier prices, and the general arrogance of jobs and co. and the cult like obsession with it. I know there's a microsoft equivalent, but it's not as creepy or aggressive. I also hate the fact there are so many who seem to kiss thier buttocks and make excuses for them or any company. I make no excuses for companies. If you continue to kiss butt about it you are actually hurting those companies by not letting them know something is wrong.... I always provide feedback to businesses and it helps them. I also vent about problems they don't fix on forums so they know that the knowledge is public and people are aware of it. apple users, or some dub them iholes, never seem to want to do so. they think they are perfect, when they are not, and it's disgusting. same with MS fanboys. same with linux fanboys. fanboisim i
Post a Comment
Read more 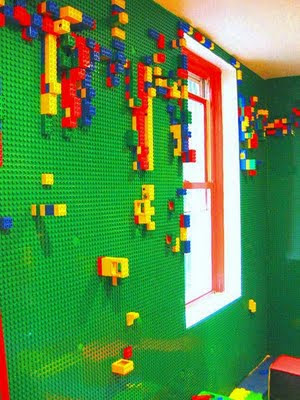 LEGO-Walled Kid's Room! That is so cool! Wish I had this as a kid!
Post a Comment
Read more 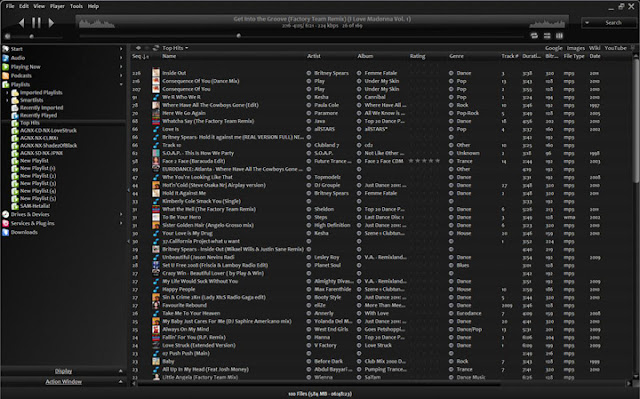 Review for Media Jukebox: 05/29/11 09:00:14 AM This is the first of the in depth media player (software) reviews on this blog. I will be reviewing the media player software Media Jukebox from Jriver. This review will have 2 parts. This media player is very loaded with many very cool features. The first exhibit: the interface: As you can see the interface is very powerful looking and impressive! First off, to make this review as interesting as possible, and to set this one apart, I will name some of the features I do like, followed by brief comparisons of such features to other media players. The most astounding feature is the powerful DSPs: as you can see you have a lot of audio control. Windows media player does not have such control. The only controls you have are EQ and SRS effects, which do not get very good perception by audiophiles. I will tell you the DSPs are amazing on this application! I particularly like the surround field enhancement. It helps with headphone f
Post a Comment
Read more

May 28, 2011
I think this is pretty cool. A motherboard with a built in OS would be nice. I wish this was at least a 40GB drive. Oh well this is a good first step! Gigabyte Bundles 20GB SSD with Z68XP-UD3-iSSD Motherboard
Post a Comment
Read more 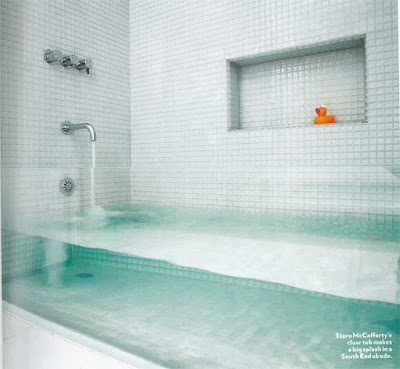 architecture & design firm Stern McCafferty created this custom bath "invisible" tub. Made from a thick sheet of glass inserted between the two tile walls,This tub is neat.... but I'd hate to have to clean it after every bath! it would be neat to see toys in it floating around. And fel like a fish in an aquarium... LOL...
Post a Comment
Read more

Ok what's wierd is this kinda style in in right now and a good bit of these are just wierd http://www.omodern.com/Eurobad/euro.html the kicker is there's a horse in the kitchen! they should have had a pink pony... Poland from Hetalia would like totally want one! He loves ponies!!!!
Post a Comment
Read more

Italy!!!! see him with that cat??? he's fluffy! I wanna eat PASSTTAA with him! I also like prussia, russia, greece, and BELARUS!!!  Prussia is a badass!
Post a Comment
Read more

Song of the month... May

MEPHISTO FT KURTIS BLOW - In The Name Of Love I love this song! I wanted someone to do an awesome remake of it! This song is very fun!
Post a Comment
Read more

May 20, 2011
This article mentions a possible sale of Buffets Inc.. Wow. the party never stops for Buffets, Inc. http://finance.yahoo.com/news/Buffets-Inc-Explores-bw-624627653.html?x=0&.v=1 I still miss the Location I used to frequent. It was really good, and they close it, Now I hear this.... I hope they sell to someone that will turn the chains around and make them nice again and re-open my location. I loved going there. Now there is very little affordable places to eat in my area. Unless you go to another town. That location is nowhere near as good as MY location was.
Post a Comment
Read more

May 15, 2011
1st on a series of Restaurant rants: Notes for: 05.15.11 I will note that the costs of this chain have gone up to be higher then Ryan's or Golden corral. This prevents me from being a regular again. On average it is 12.99/person. I can go to a place like Longhorn Steakhouse and have premium steak for about the same price. Also the lack of locations near me contributes to the lack of patronage. I will also note that lots of locations are shut down/being shut down  and that's sad. Someone needs to save this chain. Or the parent company needs to sell to someone who will. This greatly disappoints me because I used to love this chain... I miss it greatly. I will miss it. I still like them and this is why I want them to improve!  next visit will certainly send lots of feedback.
Post a Comment
Read more
More posts